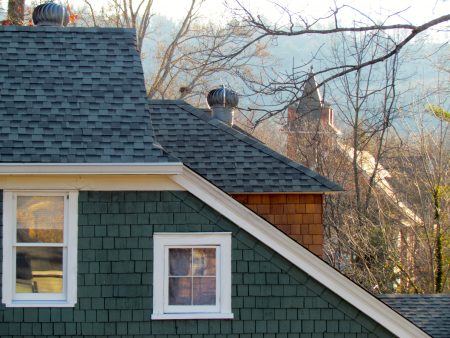 Even by Asheville’s idiosyncratic standards, my new neighborhood has a lot of personality.

Perched on a mountainside overlooking the north end of town, it is laid out in a maze of rather narrow and hilly streets – perfect for long, rambling walks with dogs.

It is home to musicians, artists and artisans.  Dancers and dreamers.  Builders, renovators and carpenters.   Massagers and missionaries.  Realtors and retirees.  Genealogists and historians.  Fishermen, restaurateurs, and coffee shop owners.   Mountain folk, half-backs, snowbirds, and urban-flighters.

It even has a ballet conservatory and an electronic music factory.

Yes, this is Appalachia. 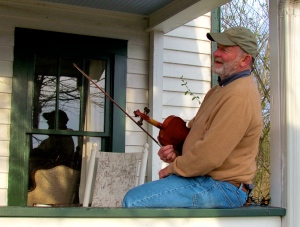 Some folks have been here most (if not all) of their lives.

And some, like me, have only just recently found their way into the neighborhood.

Some have built their dream retirement home here,

while others are just trying to get through the mountain winters without central heat.

In addition to the home for retired Methodist missionaries, our street has a random assortment of Arts & Crafts bungalows, Victorian and Queen Anne-style homes, a little church,

and one Dutch barn – my own Casa Mia.

And, co-existing in a rather bizarre juxtaposition,

there is also a women’s shelter next to two lovely and historic B&B’s. 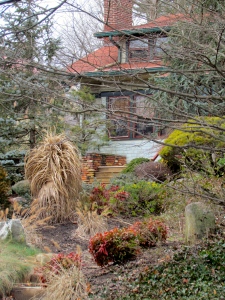 Each house in the little ‘hood holds a unique cache of stories of the generations of people and families that have lived and died there.

Like this one down the street, where wedding initials and dates, etched with a diamond ring decades ago, are still visible in the glass of the window panes.

Or this overgrown lot around the corner, where you can still see the ruins of an historic home that crack-addicted squatters accidentally burned down nearly twenty years ago,back when this neighborhood was the working turf of prostitutes and drug dealers. 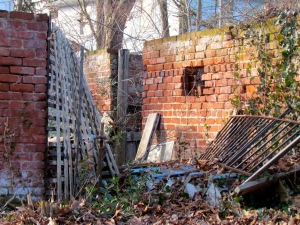 And, until recently, there was this old farmhouse dating back to 1910. 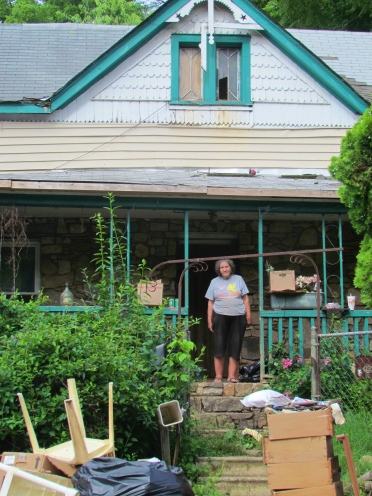 These photographs, taken just a year and a half ago, seem to illustrate the bewildering and poignant displacement of old Appalachia.

But it’s actually just a photograph of my former neighbor, Donna Sue, getting irritated with me for taking “so durn long” to grab the shot, while she was busy trying to pack up and move out. (But not too busy, it bears noting, that she couldn’t indulge in a lengthy discussion on flowers and the best place in Tennessee to get moonshine.) 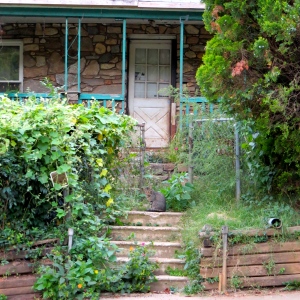 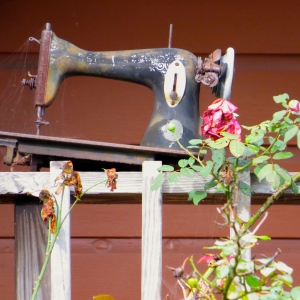 A few months later, after Donna Sue and her family left and only the stubborn old cat remained, the farmhouse was torn down to make way for something new.

Even my house, it turns out, has its own ghosts – one of which belongs to a little five-year-old girl, 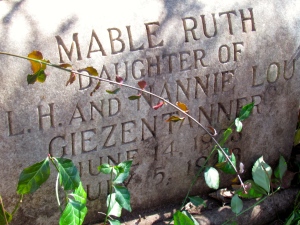 whose gravestone we discovered unexpectedly while clearing away some underbrush in my back garden one day.

One thought on “A Little Ghost in the Garden”