You don’t have to be able to outrun a bear, Tom once told me –

you just have to be able to run faster than your friends.

He threw his head back and laughed. (He often finds his jokes a lot funnier than I do.)

Here’s another piece of advice: “It’s important to be able to distinguish the difference between the skat of black bears and the skat of grizzlies,” he says. “Black bear poop has nuts & seeds & smells like berries.”

(Not quite so funny to hikers, though.)

Bears are everywhere in Asheville, N.C. Wildlife Resources Commission biologist Mike Carraway was recently quoted in the local paper as saying. “If we gave you a map showing the bears’ movements, it would be a solid map of Asheville. The east and northeast and south have more bears, but there are pretty much bears everywhere.”

But running into one often happens when you least expect it. 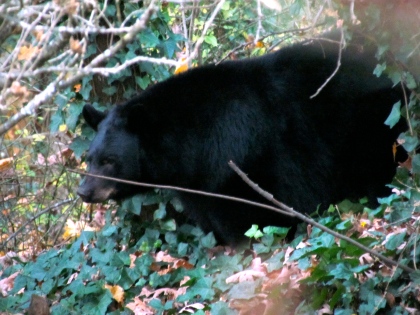 Like the afternoon I happened to glance out my living room windows and saw a large black shape that wasn’t normally in the garden.

A black cub had sauntered into my yard to snack on fallen apples. I grabbed my camera and sat on the back deck, listening to him as he snuffled and munched contentedly, taking photographs with shaky and cold fingers.

Or the time I was gardening, and happened to turn around in time to see a large black dog run down my neighbors’ driveway. But then I realized, oh right,

they don’t have a dog.

Watching out for bears is something to ponder here when you ride bikes – just ask Tom, who once had to fend one off while out riding along a mountain ridge. 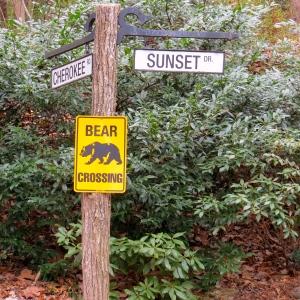 Or jog on the local roads. 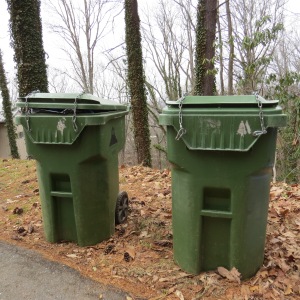 And even when (and how) you put out the trash.

You may even need to yield to a family of bears when driving.

But folks around here weren’t always that accommodating. Years ago, bear pens were built in areas or gaps where bears had been seen. Bear hunters would stack up logs and rig a trip line attached to bait. When a bear pulled at the bait the logs would fall on the bear, killing it.

These days, bears are, for the most part, respected and tolerated and many of these areas have since been put to better use as scenic overlooks and trail heads. People have learned to give bears a respectful amount of distance for co-existence and “a lot of people are pretty much OK with it,” Carraway says.

So has Asheville become a bear mecca? 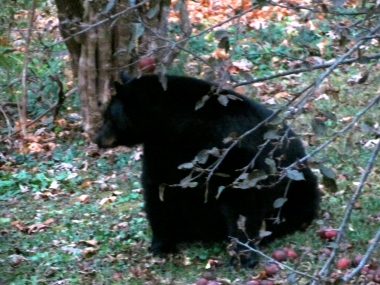 “We have bears moving in and bears moving out,” Carraway says. “Some are staying in a small area, and some are moving around.  And “some young bears born in the city wind up leaving.” Pretty much like human offspring.

This recent bear study – a collaboration between NC State University and the NC Wildlife Resources Commission – also found that town bears generally are healthier and better fed than their country cousins because they are supplementing their natural food with food from human sources. 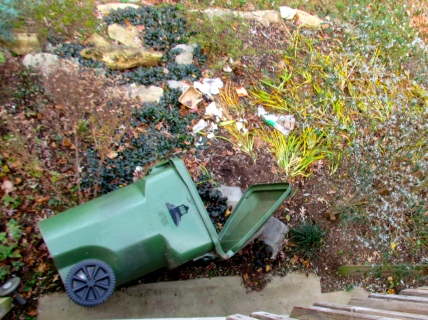 But then, anyone who’s accidentally discovered that Asheville bears like coconut water, 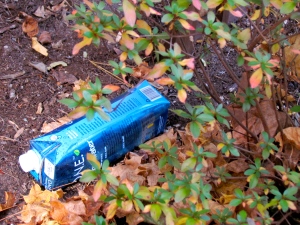 One thought on “Bears Everywhere!”