“I came to tell you she is NOT buried in your backyard!” said the man standing in my front garden. 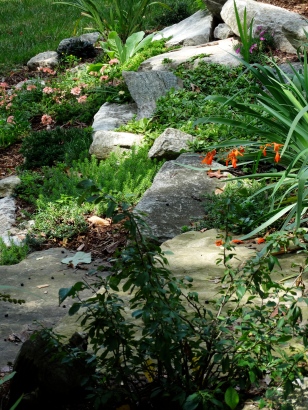 I work from home and there are few things more annoying than having people drop in unexpectedly, especially when I’m on a tight deadline.

But when a stranger starts a conversation with those words … maybe it’s time to take a break and hear what he has to say. 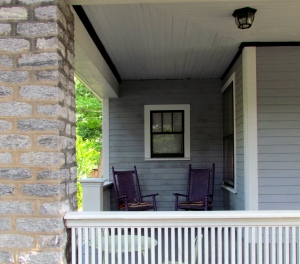 “Are you the owner of this house?” he asked.

“Who wants to know?” I responded, cautiously.

I knew the name. The Giezentanners had owned my house many decades ago.

Giezentanner was also the name on the gravestone in my garden. 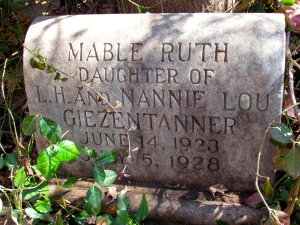 When I bought this old house, no one warned me it came with a grave. Even the next door neighbors seemed taken by surprise with its discovery.

My daughter promptly googled the little girl’s name for more information and came up with a different grave for the same little girl – same names and dates, but in Tennessee. Further research revealed a third gravestone with the same information, but now the birth and death dates were both off by a year.

We were puzzled. Where was she? Who was she? And what had happened to her?

A neighbor’s former wife – also in the Giezentanner family – had told me what she knew about Mable Ruth the day before Harry appeared in my front garden. She assured me that Mable Ruth’s parents, the Nannie Lou and L H Giezentanner on the gravestone, were living in Marshall, a half hour up the river from Asheville, when their little girl died. Harry confirmed that.

During our conversation, I noticed he often looked past my shoulder, curious about the house.

So I invited him in.

It had been decades since he’d seen it. As if in a dream state, he wandered from room to room, sharing memories of his grandparents.

Some time after Harry’s visit, I came across a newspaper write-up with the full details of the tragedy.

On the 13th of July, 1928, The News-Record in Madison County reported the story of Mable Ruth’s death. It was front page news.

“The driver of the roadster stopped and picked up the child and came back to Marshall with the parents. The driver of the car was accompanied by his wife, both being from a North State, and they were both nearly prostrated with grief by the horrible occurrences. The child was carried to the Marshall hospital where she died shortly after.

“Little Mable Ruth was a sweet, pretty little girl, much beloved around Marshall, and she will be greatly missed by all who knew her.”

Harry assured me that little Mable Ruth (who would have been his aunt) was actually buried in Tennessee, and the marker in my garden is just that – a memorial stone placed there by grieving parents.

One thought on “The Mystery of the Grave Is Revealed!”