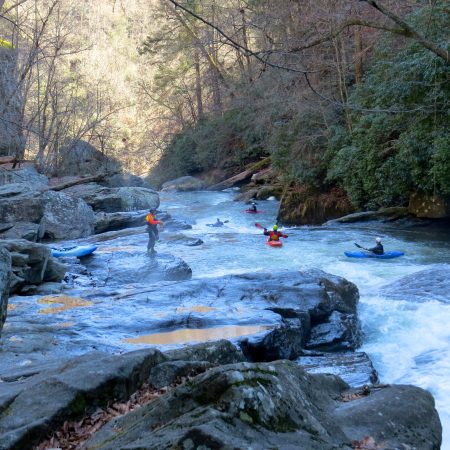 You can hear the Gorilla long before you see it. It has a mighty roar, as if waiting to claim its next victim.

For hikers, there’s only one way to reach the Gorilla – 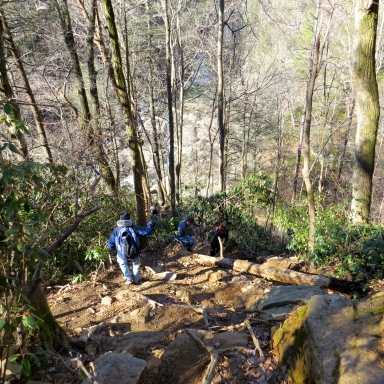 a not-for-the-faint-of-heart scramble down 1600 feet of steep mountainside, clinging to exposed roots and frayed ropes – 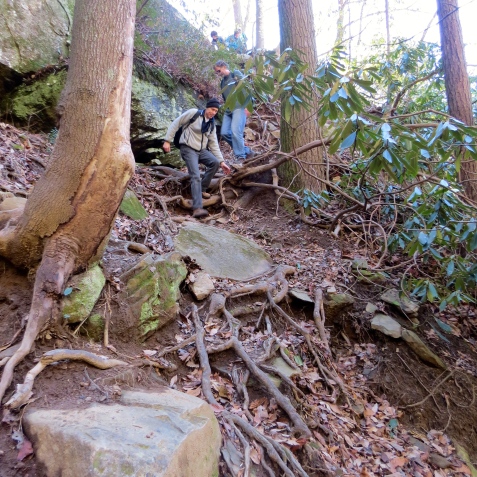 in order to reach the “Garden of the Gods” and the Green River Narrows, through which Gorilla flows. 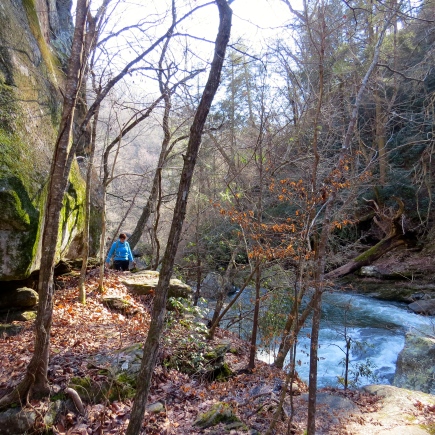 And that is how I spent this past Saturday, scrambling down a steep mountainside in the company of good friends.

But hikers like us have it easy compared with what awaits kayakers. 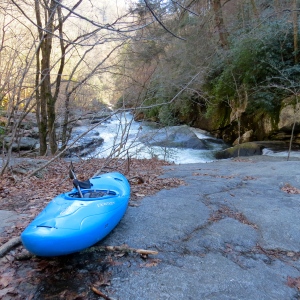 Just 35 miles south of Asheville, the Green River Narrows was first successfully navigated in 1988. One of the most extreme kayaking runs in the Eastern US, it is now a rite of passage for serious paddlers. 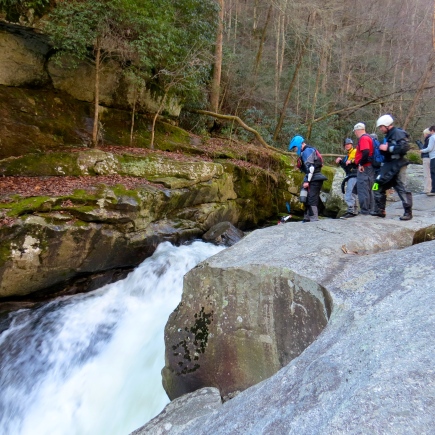 Because for kayakers, the opportunity to “huck” themselves off the Gorilla – a Class V rapids with five segments (Pencil Sharpener, The Notch, The Flume, Scream Machine, and Nies’ Pieces) – 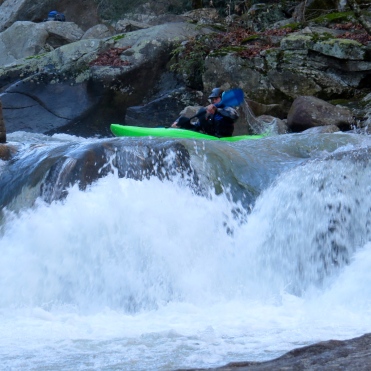 So irresistible, it made National Geographic’s Ultimate Adventure Bucket List in 2014. 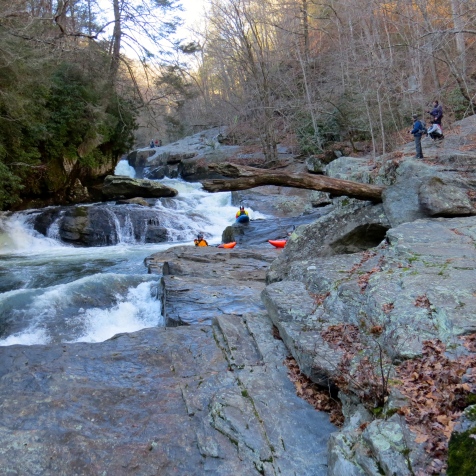 The source of the Green River Narrows’ ferociousness is the Tuxedo Power station, which lies upstream. The Tuxedo periodically releases water at a rate of up to 216 cubic feet per second over this canyon of ancient Appalachian bedrock, creating a fierce playground for paddlers. 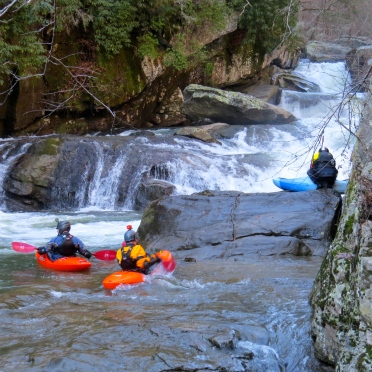 Gorilla, one of the “Big Three” rapids on the river, is perhaps the most visually impressive. 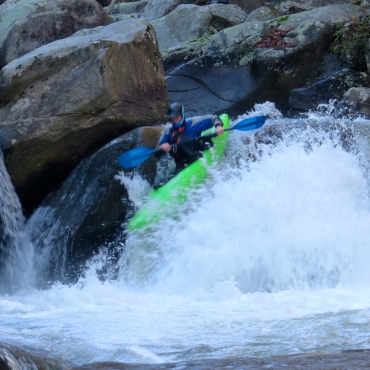 A famous training ground for extreme kayaking, the Green River is legendary and the pinnacle of many kayakers’ careers. 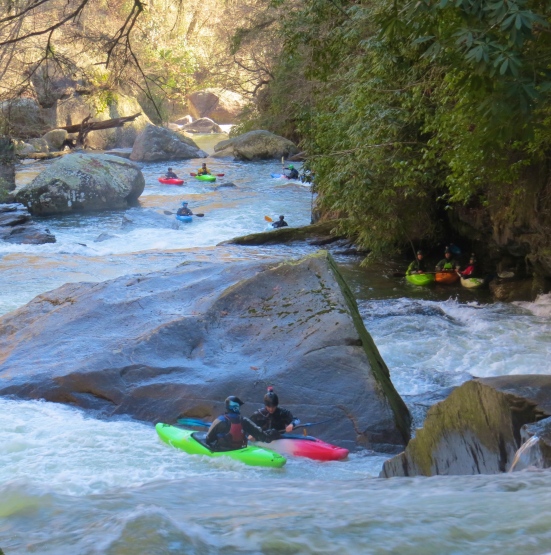 Each November, many of the world’s best paddlers descend on the Green to participate in the annual Green Race, considered by many to be the most competitive and coveted whitewater race on the planet. Kayaker Grady Kellog describes the experience: 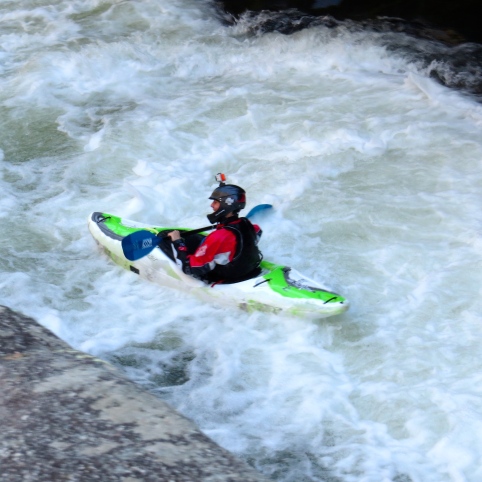 (but) it’s a magnificent run that will have you high on adrenaline for days.”

For hikers, the adrenaline rush is also there – 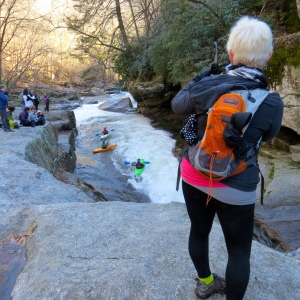 and can be safely appreciated (and photographed) from solid ground.

Curious to know more?  Check out the following videos and websites ~

In memory of Boyce Greer of LiquidLogic ~ friend & kayak enthusiast.

2 thoughts on “Gorilla in the Mist ~ Kayaking Appalachia”