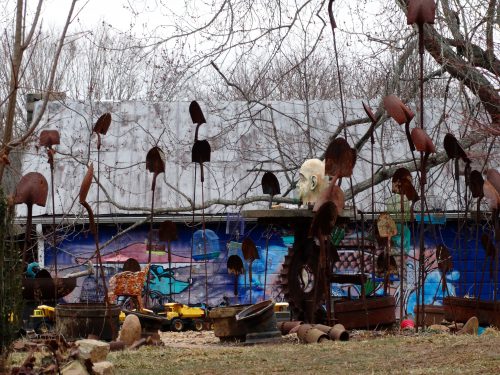 If you move here, expect to upset some of the natives.

Six months after my arrival in Appalachia, I was having a mobile office morning at my local coffeehouse –

which at the time went by the name of Port City Java (even though the Ashevillage is at least five hours away from an actual port city.)

Despite the “do not disturb” aura I was hoping to project, a stocky, middle-aged bald man with dark circles under his eyes approached my table. He was dressed in blue jeans, black loafers and a blue sweatshirt.

“Excuse me,” he said, politely.

Reluctantly, I looked up.

He gestured toward his companion – a heavyset brunette at a nearby table wearing a lime green sweater with matching socks, and brown pants. By her side was a handbag that looked like it was made from fabric rescued from a vintage 1960s sofa, the kind you often see around here abandoned on a sidewalk or stuck out on a front porch when it no longer matters if it gets rained upon.

“My friend and I are taking a survey,” the stocky man said, by way of an introduction. “How long have you lived in the Ashevillage?”

“Since June 30th,” I responded politely. He shook his head and turned away.

Surprised, I called after him, “Why do you ask?”

“My friend doubts there’s nobody in this coffee shop who’s lived in the Ashevillage more than five years,” he replied over his shoulder.

Less than six months! I heard him whisper to his lady friend in a tsk-tsk tone as he lowered himself back into his chair with a small grunt. I took note that, for some reason, out of the two dozen or so around us, the ‘survey’ had so far only included me. 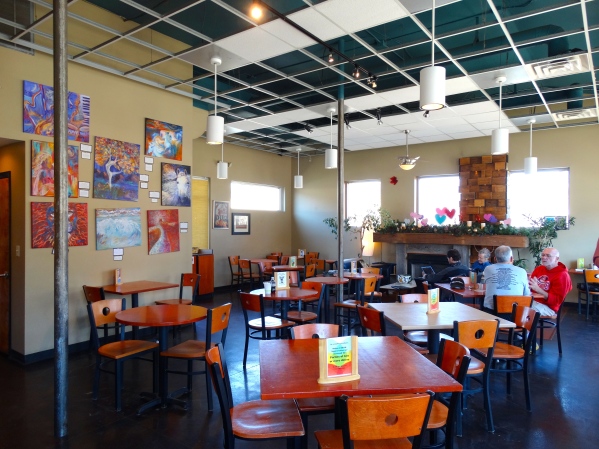 Piqued, and determined to correct the record, I called out –

“The first person I met in this coffee shop moved here in 1966!” deftly asserting the fact that I was actually friends with a bona fide local, my friend Moni.

“Well,” his brown-and-lime-green clad companion said with a withering, smug look, “we were both born here.”

Irritated, and unable to let it go, I racked my brains for something to establish my localism, hoping to stave off any further hostile vibes from the natives. 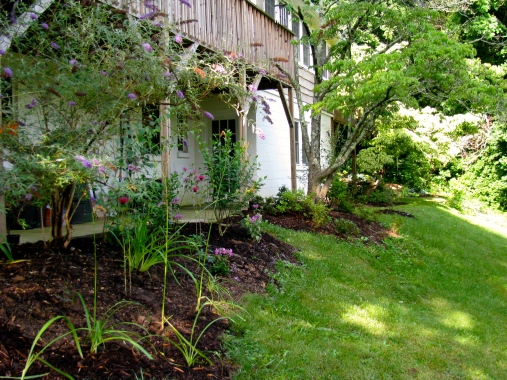 It was, I realize, a pathetic and transparently ingratiating attempt to demonstrate that I was not to be categorized with the clear-the-trees-from-the-mountainsides-so-we-can build-a-starter-mansion transplants the locals (with good reason) so love to loathe.

But it was too late.

Too riled to continue working, I packed up my laptop moments later and crept back up to my 50-year-old sanctuary on the mountainside. 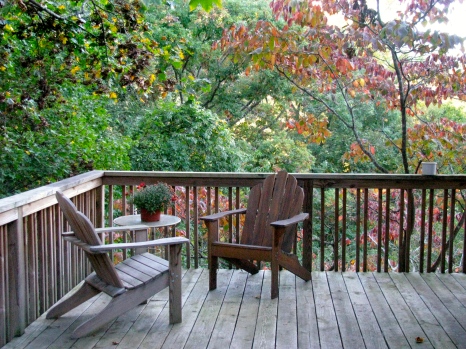 It was not the first time I’d encountered this attitude – and, of course, it wouldn’t be the last.

The first book I’d purchased after moving here was a guide book to finding your way in the Ashevillage, written by a local worm farmer who would soon become a city councilman.  (True story – Because Asheville)

It’s a meandering, heartfelt and quirky read, extolling all the whimsical virtues of the Ashevilleage.

And it’s possibly the only guide book that begins and ends with the words,

3 thoughts on “An Encounter with Hostile Natives”