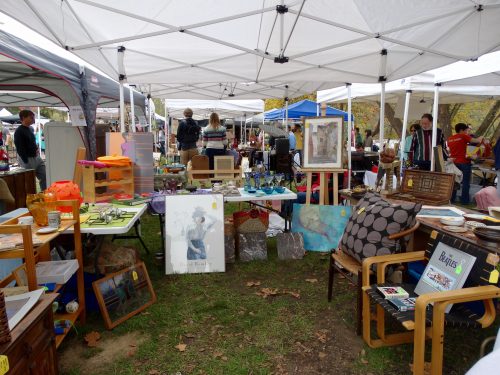 I know I’ve said this many times already, but there’s an incredibly lovely and supportive energy in these Appalachian mountains that seems to magically stitch together the seemingly unrelated and disparate parts of my peripatetic life into a quilt of emotions and experiences that somehow makes sense and feels, after all these years, so right.

And, in true Appalachian form, it always seems to happen when and where I least expect it.

Last weekend, Tom and I headed down to the riverside to check in at dawn as vendors at the Asheville “Flea For Y’All” – a new experience for both of us. 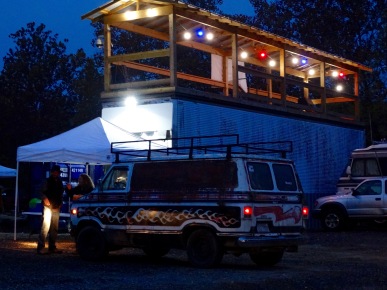 In the Asheville way, it turned out we knew several of our neighbor vendors — a friend of a friend, that very nice woman who works at the animal hospital, a friend from (Tom’s) rugby days…. 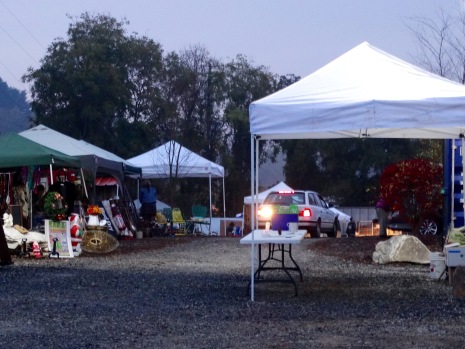 After a few shouted greetings, there was the great rush and nervous excitement of setting up and staging the treasures in time for the gates to open to the public, with lots of chatter from tent to tent to tent.

Sixteen years after her death, I was finally able to part with some of my sister’s things. And I knew I would have had her blessing to do this.

“Time for someone else to have a turn with them,” she used to say with a smile. 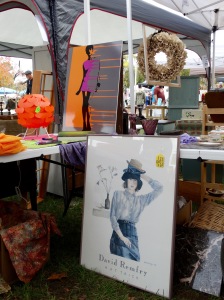 Tom unloaded while I set about arranging the space ~ my treasures mingling with my sister’s.

When we were finished, Tom went off to explore the other booths and I sat back to enjoy (and, of course, photograph) 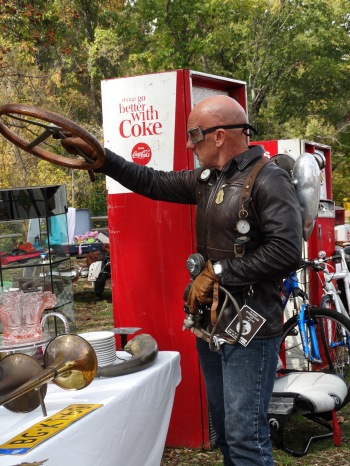 the constant parade of characters, 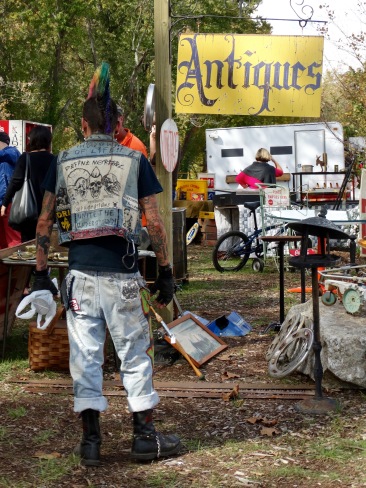 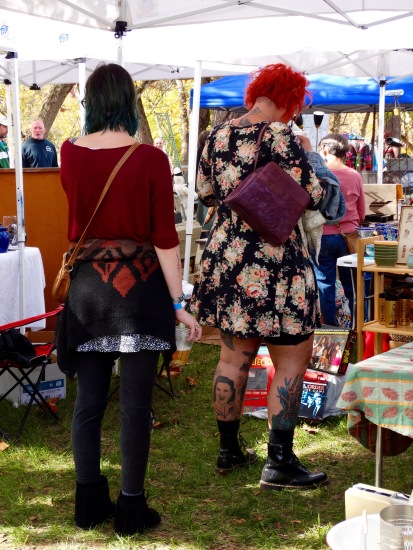 every bit as interesting 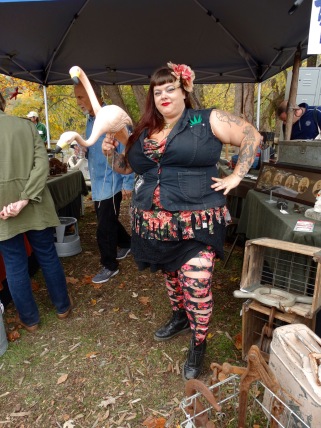 as the uniquities for sale all around us.

It was late in the afternoon when a young girl, perhaps in her twenties, wandered by our tent.

She asked me about something I was selling.

I asked her about the words inked into the skin on her arm.

Oh that, she said.

It’s a quote from the book “Extremely Loud and Incredibly Close” by Jonathan Safran Foer.

What does it mean? I asked, having not (yet) read the book.

“It was late and we were tired,” she began, and then told me the story of the words she wore.

It was about loving a sister.

After I got home, I looked up the rest of the quote:

“It was late, and we were tired.
We assumed there would be other nights.
Anna’s breathing started to slow, but I still wanted to talk.
She rolled onto her side.
I said, I want to tell you something.
She said, You can tell me tomorrow.
I had never told her how much I loved her.
She was my sister.
We slept in the same bed.
There was never a right time to say it.
It was always unnecessary.
The books in my father’s shed were sighing.
The sheets were rising and falling around me with Anna’s breathing.
I thought about waking her.
But it was unnecessary.
There would be other nights.
And how can you say I love you to someone you love?
I rolled on my side and fell asleep next to her.
Here is the point of everything I have been trying to tell you ~
It’s always necessary.” 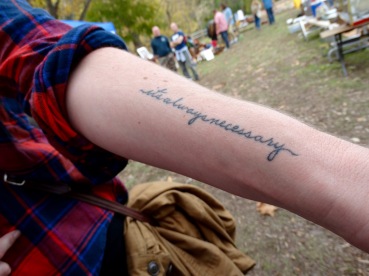