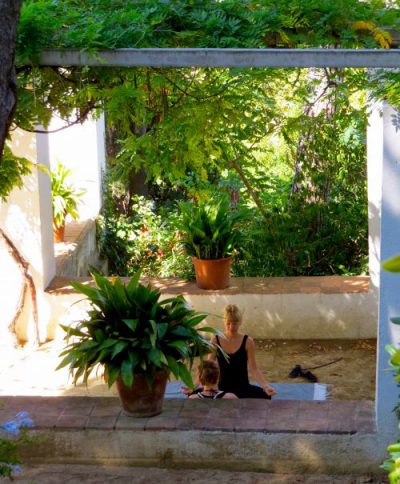 The door opened slowly to reveal a frowning man, perhaps in his early 40s. He wore a dark t-shirt and jeans. His build was slender, but muscular. He had dark hair, a neatly trimmed mustache and short beard. Tattoos covered his arms. The word “Gypsy” was inked in large flowing script across his throat.

Ahh, so many moments had led me to this one.

The images occupied my thoughts, teasing my imagination.

At night I dreamed about it.

I became a stalker. Every drive into town was detoured to take me past this place I hadn’t even realized existed only a week earlier.

And now I was standing on the front porch of the house of my dreams. And I wanted it.

But the brokers of house dreams had told me I couldn’t buy this one until my own little house on the hillside was sold. Unfortunately, my house wasn’t on the market. It wasn’t even ready to be on the market.

I knew I couldn’t wait that long. I did not want someone else to get the house I felt so irrationally drawn to. Not knowing what to do, I began stalking the house to see if anyone else was hanging around it, possibly interested….  I thought of little else.

And then one morning at the yoga studio, while I was lying on my mat in semi-delirious savasana after ninety minutes of hot poses, a simple thought penetrated the haze in my mind: Why not just knock on the door and tell the owner I want to buy his house?

Under the circumstances, it seemed an entirely reasonable thought.

Still in a post-yogic trance, I drove directly to the house from the studio without stopping to change out of my sweaty yoga clothes or tidy my appearance. I must have looked a mess.

Moments later, there I was, standing on the magical porch of the house of my dreams. I raised my hand and knocked on the black front door.

There was the sound of footsteps and then the door opened. The frowning and tattooed “Gypsy” stood before me.

I thought I heard a slight accent, but couldn’t identify it.

His dark eyes regarded me without expression for a very long moment.

And then, “Would you like to come in?” he asked, opening the door a bit wider.

“Thank you, I would,” I replied, and stepped inside, leaving the sunshine behind me. 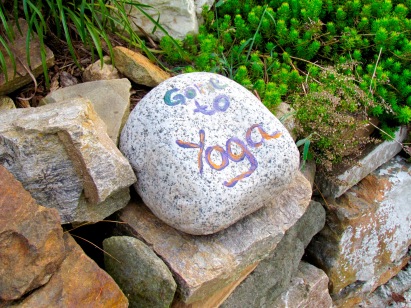