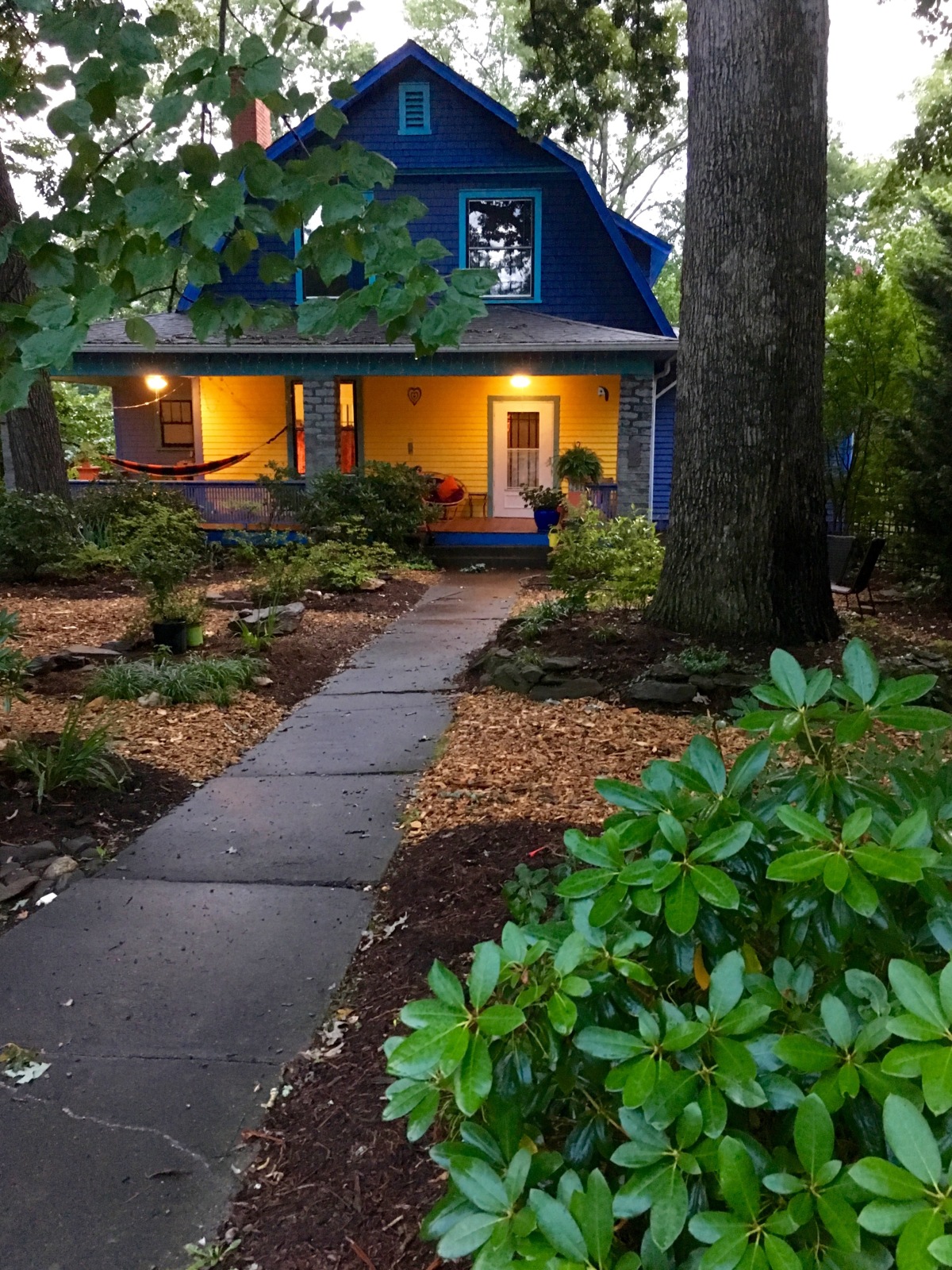 The moment the photos came up on the screen, I was smitten. I pestered a realtor to show it to me and spent an hour wandering through the rooms and gardens. It had been on the market for a year.

This will be my Under the Tuscan Sun house, I thought, standing on the sidewalk looking at it. It was in Asheville, not Italy, but that didn’t matter. It was my very own Diane Lane moment.

This is where my grown children will come to stay and friends will come visit, I thought, as happy scenes from the film played out in my head.

There will be parties and gatherings, with wine and delicious food in the gardens. And maybe this is where I will find love.

The amazing thing is that all of it came true.

there was a little work to be done on the house.

Ok, maybe a lot of work. 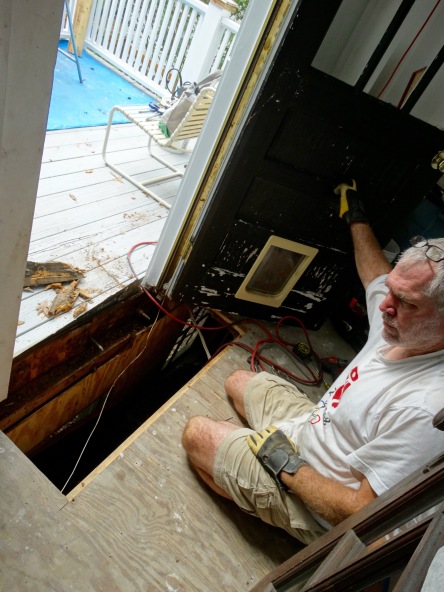 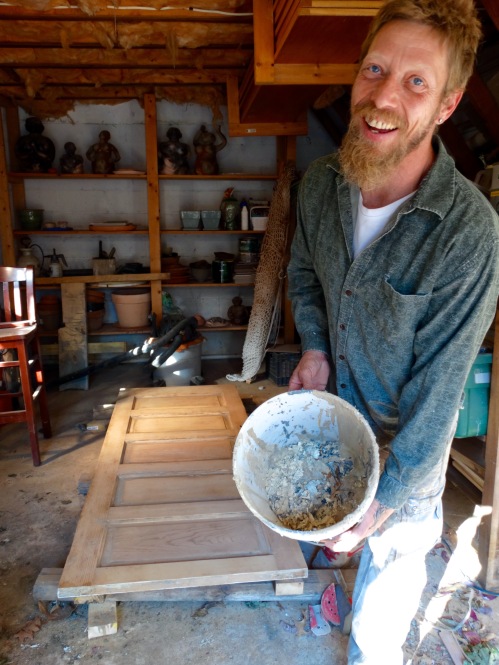 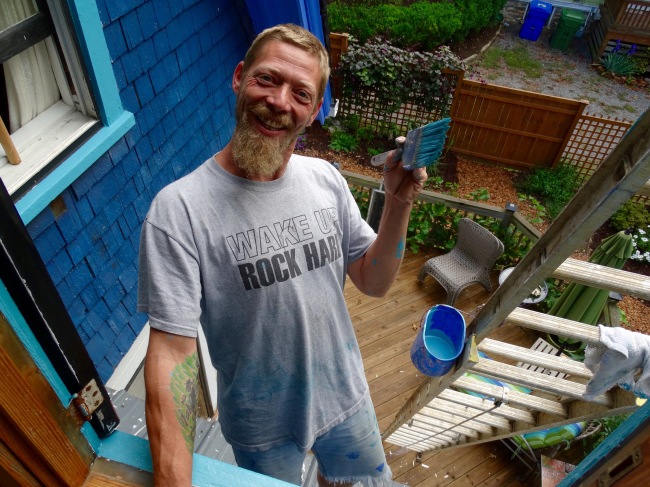 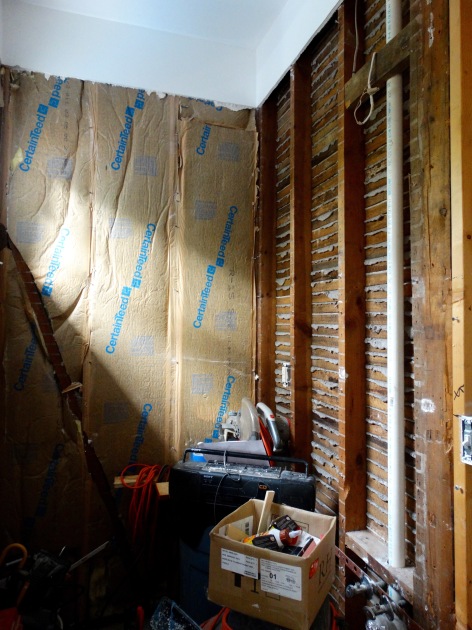 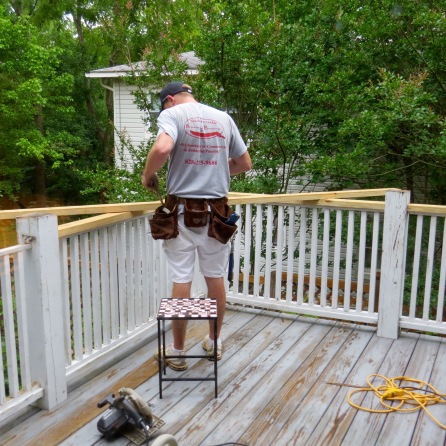 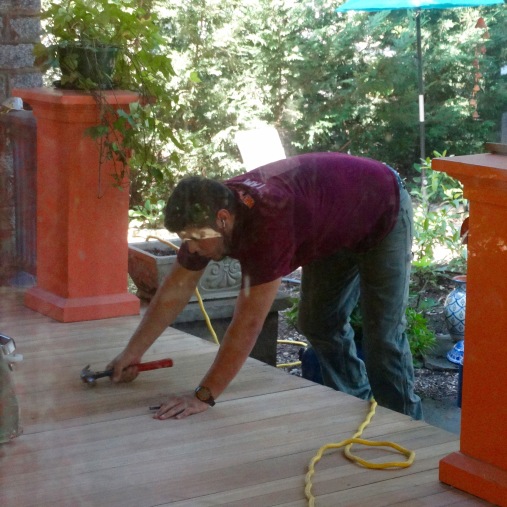 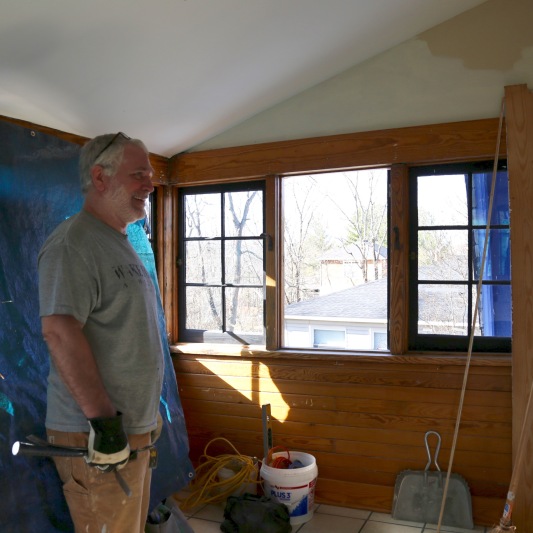 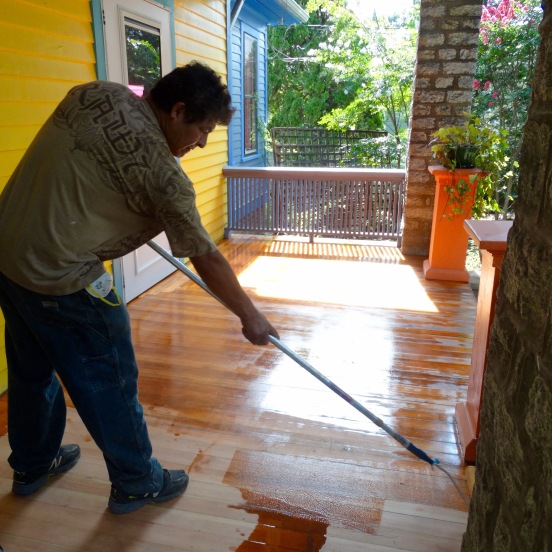 For the most of that first year, it was just me & the dogs living in what I was now calling “Casa Mia.” 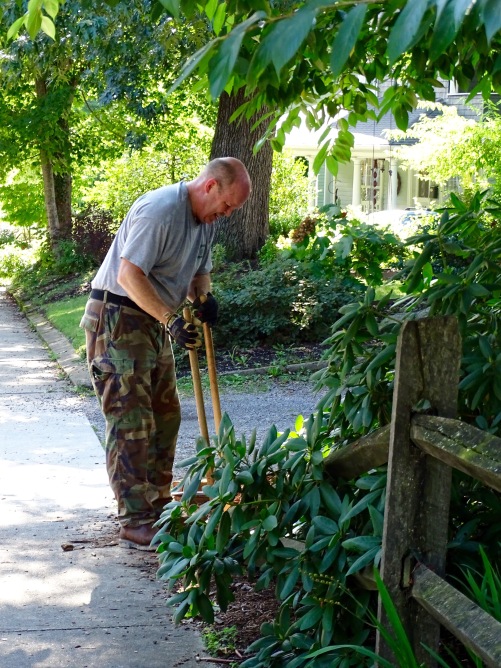 And then one day, I happened to ask the German architect & gardener across the street if he had any single friends and suddenly, there was Tom– an unexpected and unlikely tale of romance told in my very first post on this blog.

After many years of post-marriage singledom, I was delighted to be in this new phase of life. We had the house to ourselves.

Beers on the front deck after a day of hiking, candlelight dinners in the back gardens and lazy Sunday mornings with hot coffee and making breakfast in the kitchen together to the strains of jazz…. 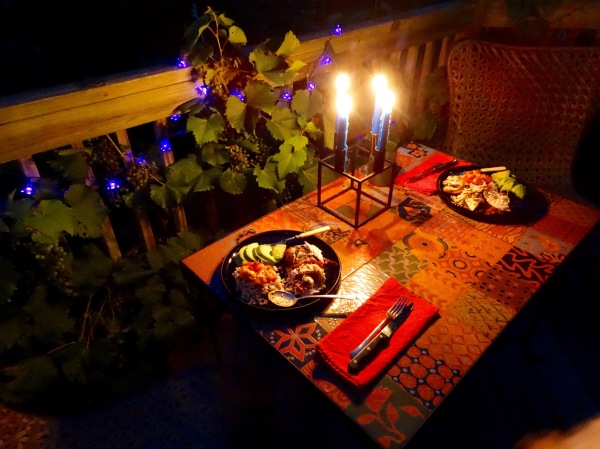 And then the phone rang. It was my son.

“Mom, my roommate situation’s not working out. Can I move back in for awhile?”

A couple of months later, the phone rang again. This time it was my daughter, calling from Seattle.

“Mama, I think I might like to move back to Asheville. Can I live with you until I find a job and a place of my own?” 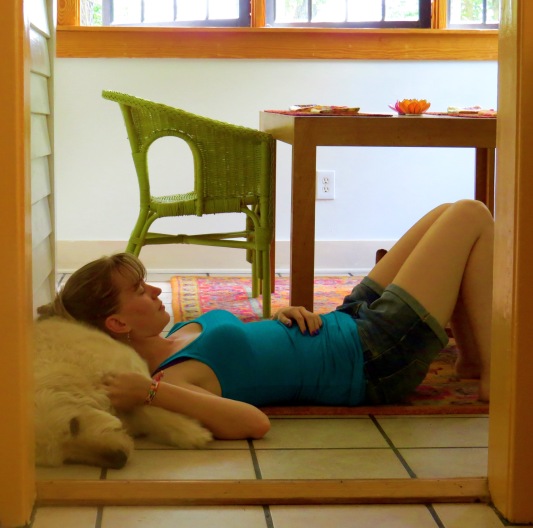 The third call came from my 92 year-old mother in Alexandria, Virginia. “Honey, I don’t think I can live on my own anymore. Can I move in with you?” 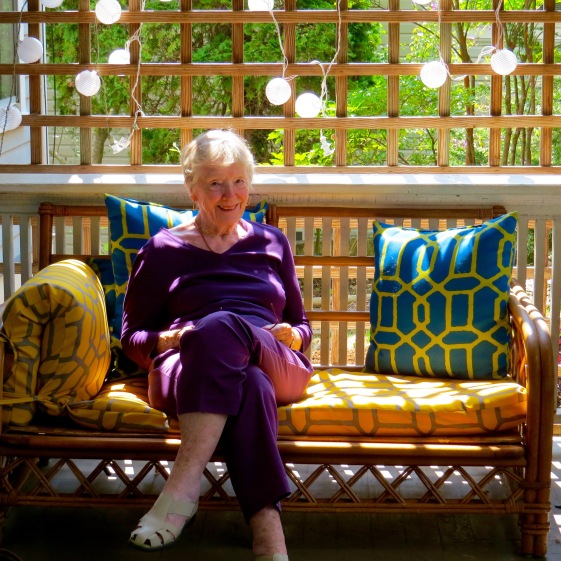 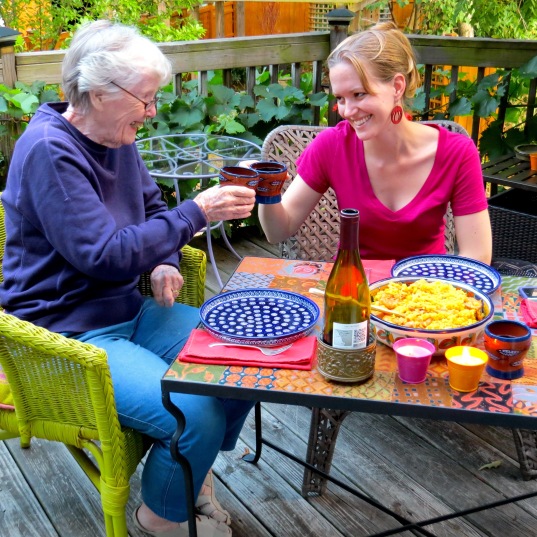 Family was coming and going, staying, cooking and eating. The house filled up with love and laughter, food and moments together.

And there were also parties and gatherings of friends….

“What are you thinking?” Frances (Diane Lane) asks Martini, the handsome Italian realtor, during a gathering at her home at end of the film, Under the Tuscan Sun.

“I think you got your wish,” Martini replies. 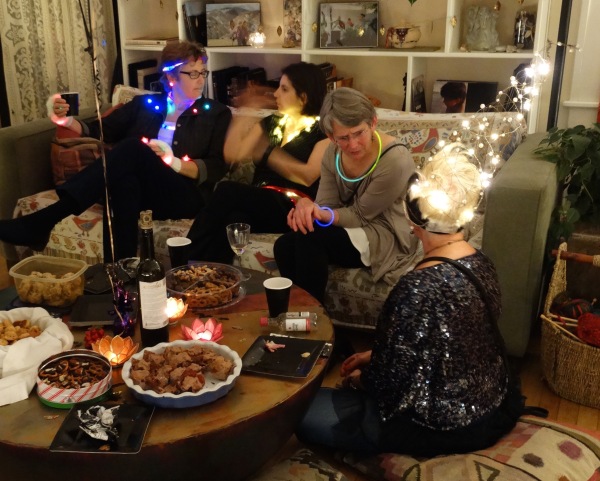 “You’re right,” Frances says, looking around at the people laughing and chattering, eating and drinking.

“I got my wish. I got everything I asked for.” 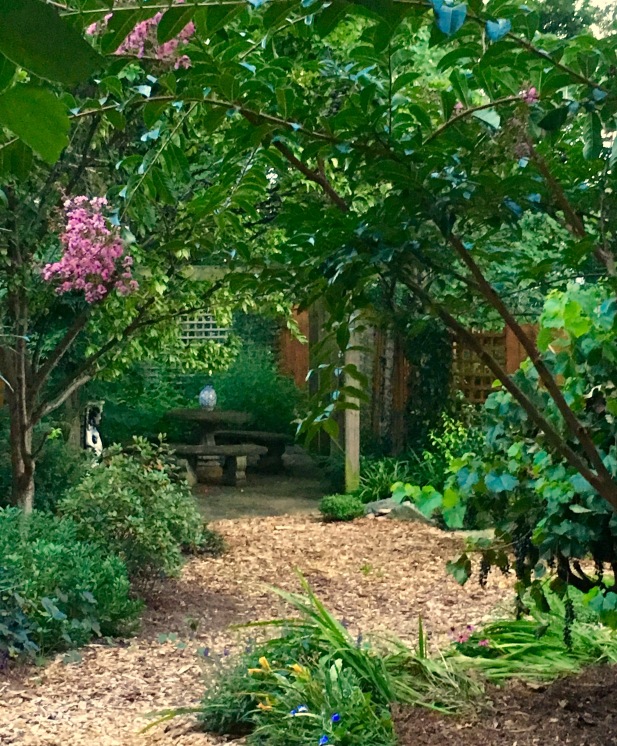 What are four walls, anyway? They are what they contain. The house protects the dreamer. Unthinkably good things can happen, even late in the game.

It’s such a surprise.