I have yet to watch Halt and Catch Fire, but some words in a recent review of the series by Todd VanDerWerff caught my attention.

“The important thing about a TV death isn’t how it happens,” VanDerWerff writes.

“It’s not the shock of the moment. The important thing about … death comes in the aftermath. Do the characters get time to grieve, to live with that pain?

The reason the deaths on Lost and Game of Thrones are so resonant,” he contends, “is because those shows give their deaths space … what’s important isn’t the death itself but everything that unspools afterward.”

His words stayed with me because these days I frequent that space, as do many others this year, surrounded by the unspoolings of our lifetimes.

Throughout our lives, we move in and out of that space, depending upon where we are in the trajectory of our own life events. It’s an archeological museum set in a jungle of memories that we visit in our minds – a museum where the exhibits are photographs and letters; the artifacts are gifts received and things passed down; the audio-visual components are fragments of conversations, the memory of a laugh, the reciting of a little poem written long ago and captured on a cellphone.

But what’s really on display is the magical realism of memory.

In the beginning, when the loss is fresh, the museum never seems to close. But as days and weeks pass, the museum – almost imperceptibly – starts changing its hours. It pops up unexpectedly during dark hours, like the Night Circus or Neil Gaiman’s Neverwhere. Or at an art gallery. Or sprinkled throughout the 65,000 hand-painted frames of Loving Vincent.

I learned about art and books from my mother, and I like that she’s still alive in these moments, popping in for surprise visits – never staying long enough for a cup of tea or chat, but leaving an impression every bit as vivid as what I’ve always thought of as reality. 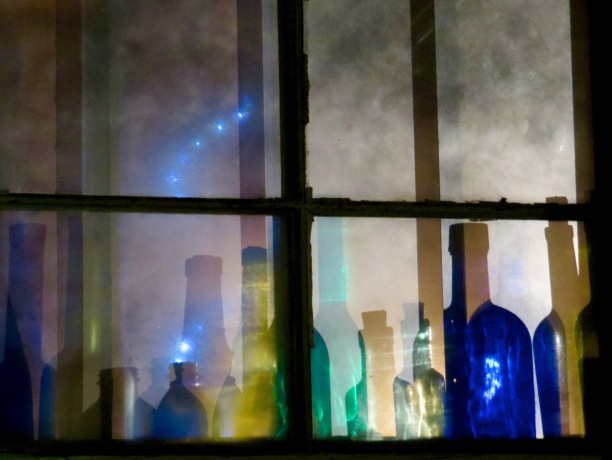 Like dreams, these memory moments are ephemeral, yet still wickedly visceral. I’ve come to count on them in that empty stretch of space, the wake of her leaving.

And so, I decided to take my house off the market and I’m not going out as much for now. Instead I’m giving this recent death space, while staying open to surprises and marveling at what pops up to play with my mind when I least expect it.

Like this fragment of an interview with Father Greg Boyle I happened to catch today on NPR. He was asked if he was scared of death. No, he replied. Then, quoting the Dalai Lama, he explained:

“It’s not the end, it’s just a change of clothing.”

[all photography by me ~ from Barcelona, Seattle & Asheville]

One thought on “Giving Death Space”