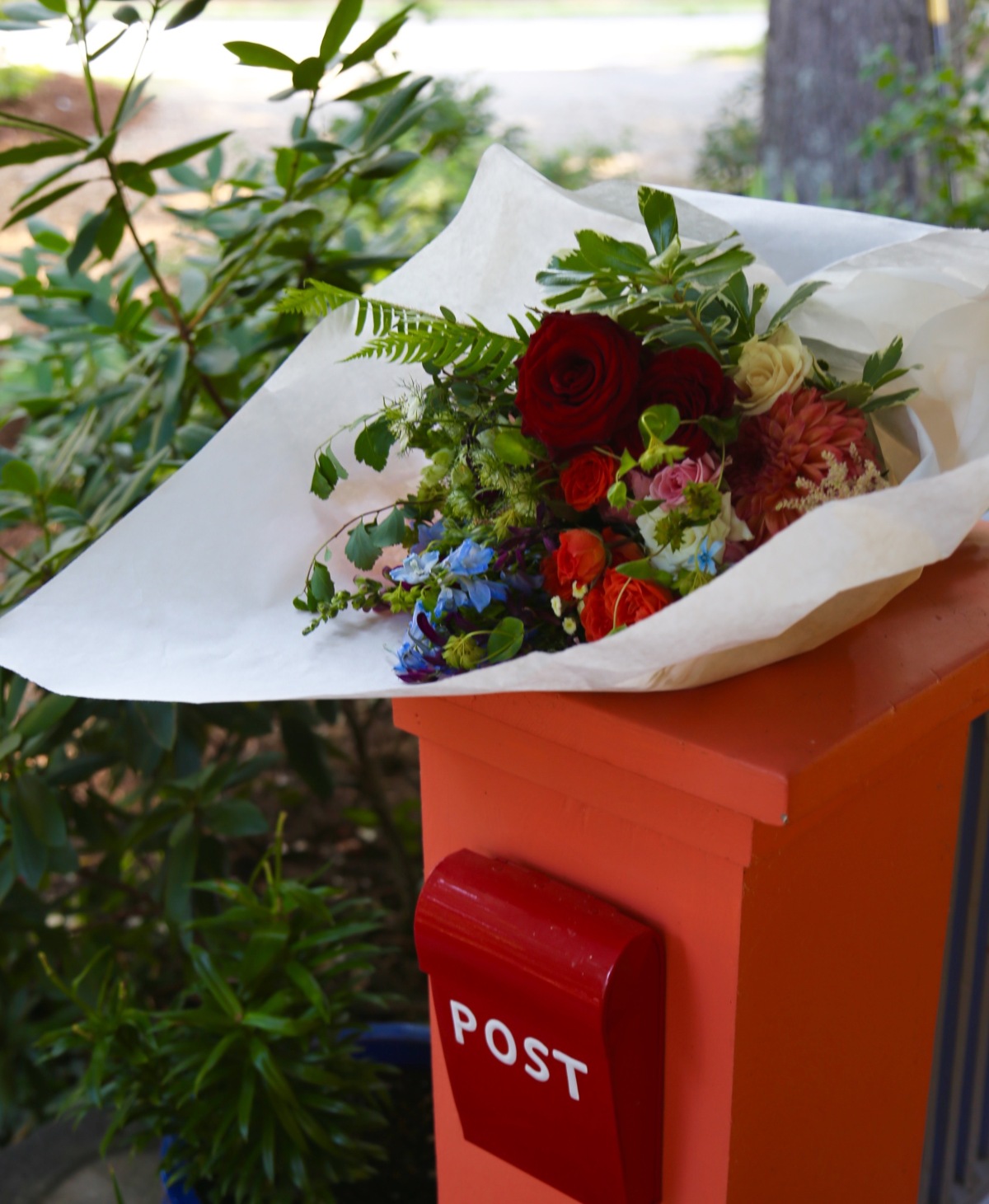 Most days, late in the afternoon, my dogs and I take a several mile ramble through the neighborhoods of Asheville.

Sometimes we walk with friends and sometimes we’re on our own, 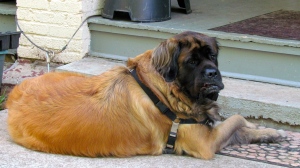 but we almost always run into dogs and people we know.

We walk past bungalows and castles, 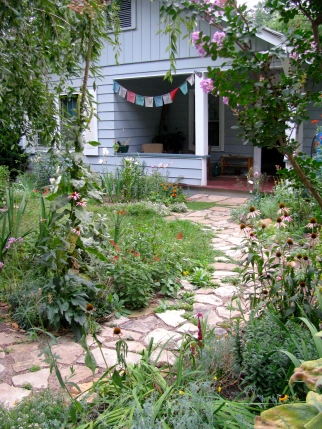 and up and down the mountainsides. 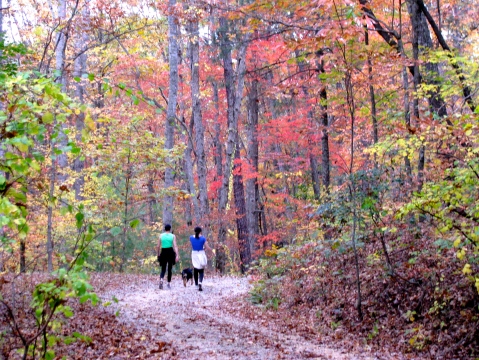 And if something is ever bothering my brain, or if I just have the blues, a mountain walk with the pups seems to take care of it – 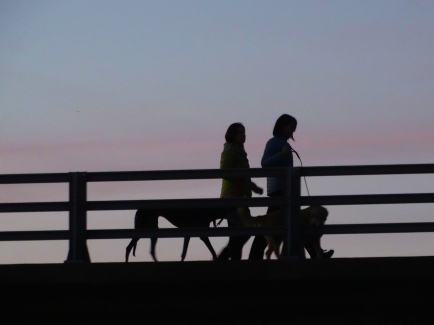 thanks to the fresh air and the conversations along the way.

Last summer, my aging (but spritely) mother moved in with me, 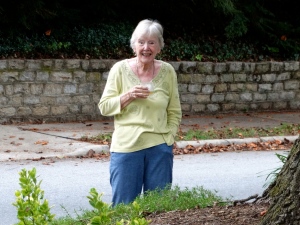 and I found myself taking these walks a little more often.

She moved in at my invitation, and I had the best of intentions when I suggested it, eager as I was for her to experience the wonders and delights of life in the southern highlands of Appalachia. 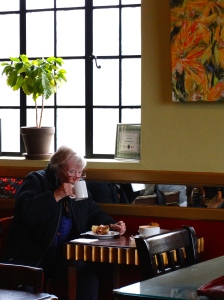 I took her to my favorite coffee shops, wine bars, 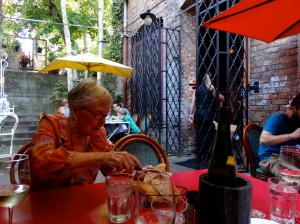 restaurants and book stores – all of which quickly became 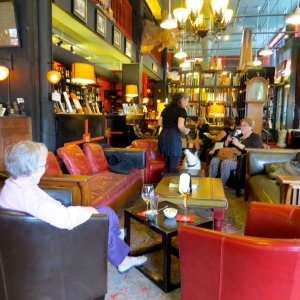 We went out to hear live music whenever we could. 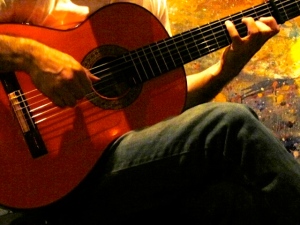 She liked one band so much, she grabbed their tip jar and worked the room – 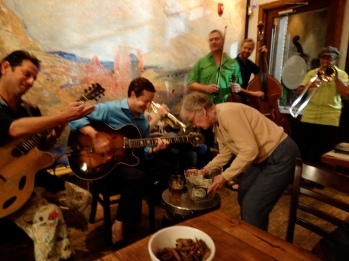 returning it to them completely filled, 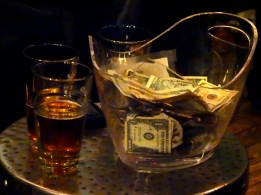 much to their delight.

On weekends, we drove out through the mountains to nearby small towns. 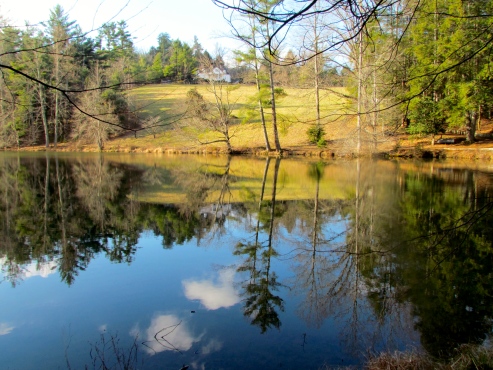 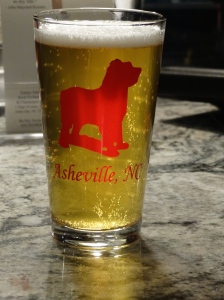 In order to accommodate this new world order, however, 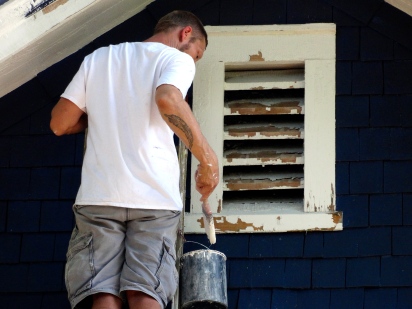 Casa Mia had to go through some necessary repairs and renovations.

Likewise, my lifestyle had to take a major shift.

Every day was now “take your mother to work day” and I sometimes found myself with a less than perfect attitude about it all.

Ideas for positive solutions were all around me, however, and although it took awhile for me to notice it – 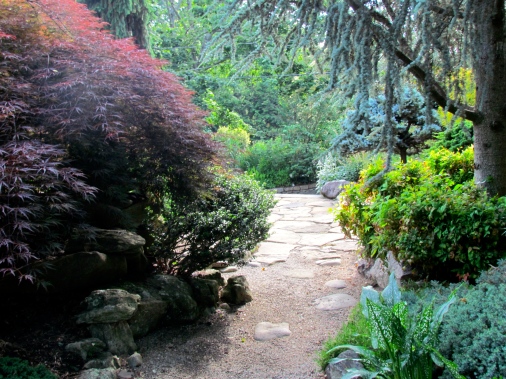 the little Ashevillage was gathering itself in support.

Zach, a chef down the street, listened patiently in his garden one day as I stressed about the goings-on at Casa Mia.

When I paused to take a breath, he looked at me and smiled gently.

“Shall pass?” I asked hopefully, finishing the sentence for him. 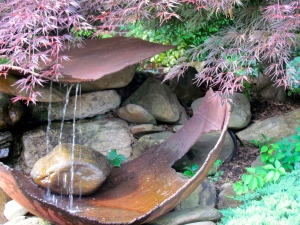 “It’s a Buddhist mantra,” he explained with a benevolent smile.

I thanked him politely and moved on, feeling less than consoled.

But his words stayed with me (dammit) – taunting me to accept them.

A few days later, I ran into another neighbor and once again, 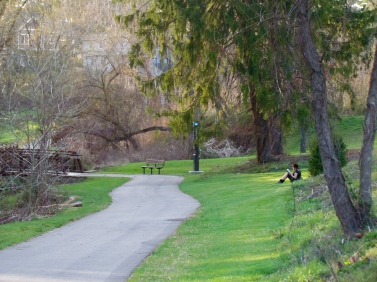 my concerns came tumbling out.

She listened, then said kindly, “You don’t have to do this,” giving me the idea that change might even be possible. 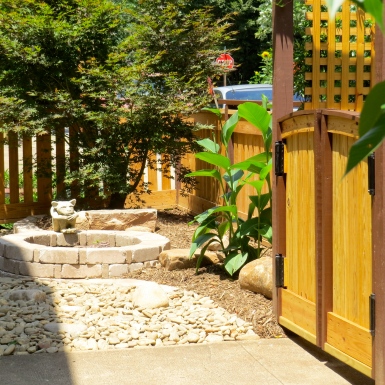 More walks and more ideas.  Help was springing up everywhere.

A former geriatric nurse volunteered to come sit with my mother whenever I needed a break.  Others shared their loving (and often humorous) experiences taking care of their elderly parents.

Retired missionaries living across the street and the women from the shelter next door (the ones remaking their own lives!) all kept an eye out for her. 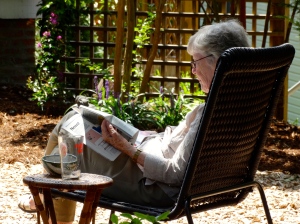 One reason I had taken the elderly (but spritely) mother in was to show my kids this is how we take care of one another. 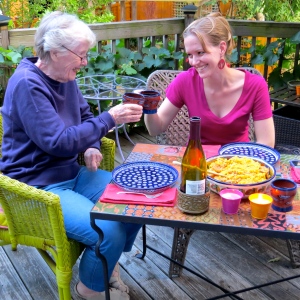 But it quickly became apparent – as I watched my kids fence and parry her quirky ways and limitations with their gentle teasing and humor – that they were the teachers, not me.

Over time, walk by walk, piece by piece, words, advice and suggestions began to come together, forming a framework of support and ideas.  The answers were all around me, the village was responding.

The final piece in the puzzle turned out to have actually been the very first piece – I just hadn’t realized it at the time.

Several months before my aging (but spritely) mother had arrived at Casa Mia, the almost always patient Tom had taken a detour one day (a not unusual occurrence) so that he could show me the retirement home his grandfather had lived in for many years.  It was already dark out and I humored him, but didn’t pay much attention at the time.

By magical coincidence, it turned out this same village within a village was also the home of another mother – 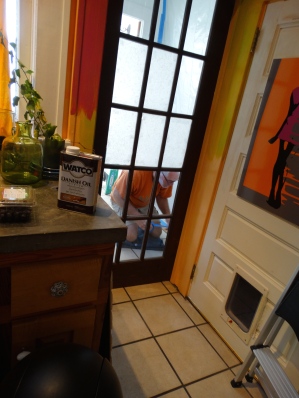 belonging to one of the craftsmen currently working on the transformation of Casa Mia.

And so, my aging (but spritely) mother and I went to see this home for similarly aging and spritely elders and discovered 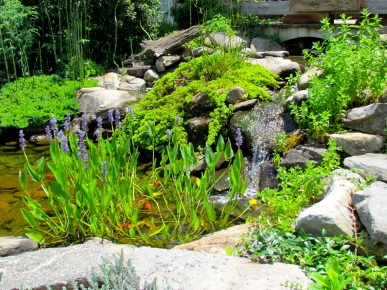 it was the perfect solution!

On the morning of New Year’s Eve, the aging (but spritely) mother moved back out, and into her very own garden apartment on a neighboring mountain.

Last weekend, I took her out for the afternoon and after a tasty tavern lunch, we strolled around her new little town, looking at the shops.

Eventually, we wandered into a local art gallery and there, in the back room, leaning up against the wall, was a small framed painting by Ashevillage plein air artist Colleen Webster – 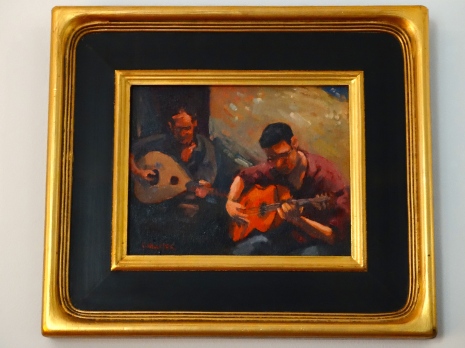 the exact scene from the wine bar where my aging (but spritely) mother had, just months earlier, passed the tips bowl for the musicians.

It was the perfect souvenir of our months living together 🙂