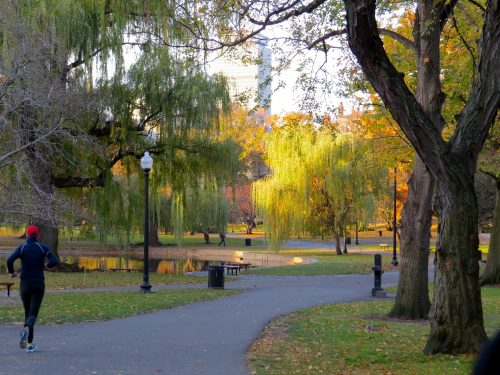 A new stitch in the tapestry of life that is Appalachia was added one morning when I got a surprise phone call from a doctor in Boston.

“Did you get my email?” he asked.  There was a sense of urgency in his voice.

His name was completely unfamiliar to me.  After a few moments, however, I found his message tucked inside in my spam folder. 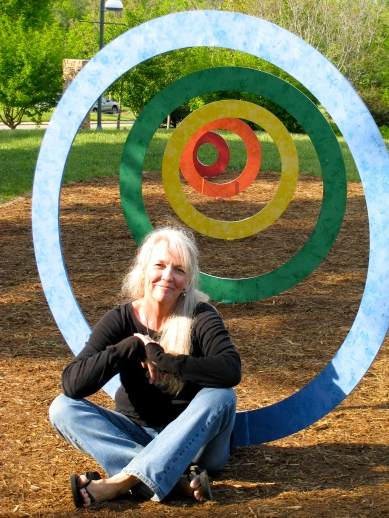 Dr Sohur, a neuroscientist now living in Boston, hails from Mauritius – an island nation in the Indian Ocean about 400 miles east of Madagascar.  Ten years ago, he told me, his family held a reunion in – of all places – the Ashevillage.  His parents, who lived in Mauritius, traveled all the way to western North Carolina to partake in the celebration.

And, in the small world way of things, someone in the family hired Moni to photograph the event.

“I am appealing to your kindness,” Dr Sohur said. “I would be appreciative if you would be so kind to connect me to Ms Moni Taylor, for her approval for us to use a picture she took in 2004 of my parents.”

In his search to find her, Dr Sohur had come across Moni’s name on my site.

His father had just died, he explained when we spoke.

And to honor him, Dr Sohur had written a whimsical and moving obituary, which he wanted to illustrate with a photograph of both his father and his mother, who had died a few years earlier – a photograph taken by Moni. 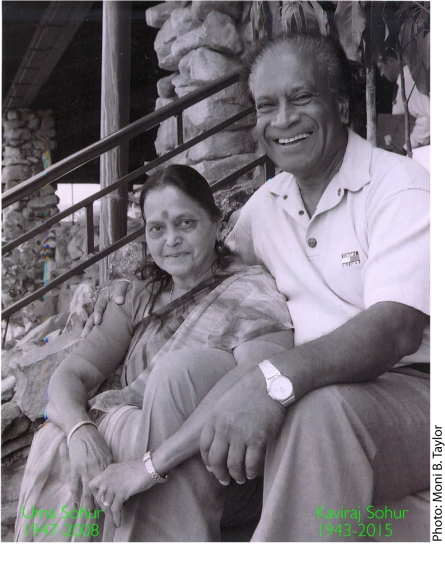 “This is the best couple image we have of them,” he said.

“And I am hoping that this picture would accompany a lyrical prose piece I am writing for the leading English weekly in the island of Mauritius where my parents lived.  In the same vein, I plan to do some pro bono work to decrease diabetes on the island and would like to use this picture as my motivation of what I am doing. Thanks much for any help connecting with Ms. Taylor.”

I hadn’t been in touch with Moni for quite some time, but as the piece was due to be published within days, I sent a message to her as soon as I got off the phone. She responded almost immediately, giving Dr Sohur permission to use her photograph of his parents.

The following week, I received a copy of the printed memorial – 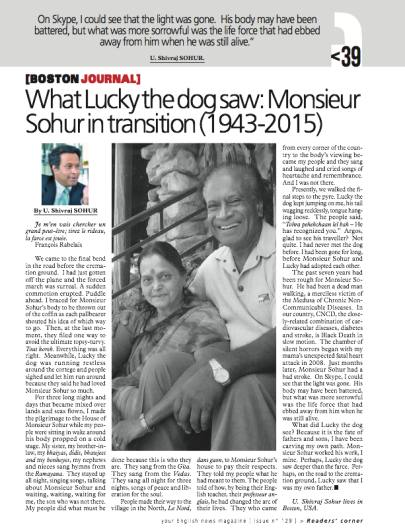 and marveled at the wonder and magic of feeling connected to total strangers from vastly different cultures, ever so briefly, due to a chance encounter in a little town in Appalachia more than ten years ago.