In my family, a passion for hats skipped a generation.

My Danish grandmother, pictured above with my mother back in 1923, delighted in wearing outrageous and stylish hats. She also delighted in buying them for my mother.

As you can see, my mother was not as enamored with them.

When I look at this next photograph of my grandmother, I can see how my grandfather –a dashing young naval architect descended from generations of Danish shipbuilders – became absolutely smitten with Margrethe Petersen.

“She was a very vivacious girl, good-looking, with a wonderful complexion, and intelligent to a very high degree,” he wrote in his memoirs. “She interested and attracted me more than any girl I had previously gone out with.

“One evening after a party at home in Nordborggade, Århus, I escorted her to the door of the apartment house where she had a room with a family and before we parted, I told her that I loved her.

“I do believe that she was a little skeptical because I was not exactly the marrying type, having led a carefree existence and gone along with girls without serious intentions on my part.

“This time it was serious, though, and once she realized it, the foundation was built for the marriage which was to last for ever so many years.”

My mother, perhaps in reaction to the childhood outfits her mother dressed her in, seldom wore hats unless they were quite practical.

I, too, love wearing hats. 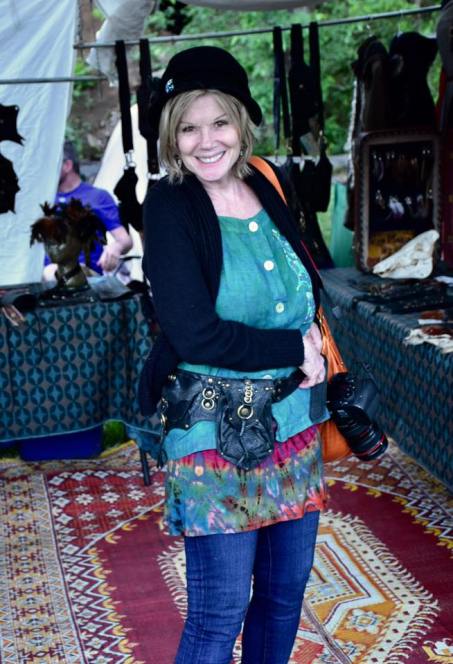 photos of me by Tom Hunnicutt