If there’s been a theme to this summer, it’s been one of suspended animation.

In just six weeks, my mother went from living independently in her own little garden apartment, to assisted living, to skilled nursing, to hospice care – punctuated by three trips to the emergency room and an unexpected surgery.

I find myself holding my breath all the time, anticipating the next phone call, the next emergency, more bad news. Knowing the inevitability of how this will end, it’s been draining living with the knowledge of imminent finality.

So, what to do? How can I reconcile my desires to ‘live in the moment’ and ‘be here now’ and stay positive with my hyper-awareness of this huge pending loss?

I’ve tried the sheer stubbornness of just getting through it with mixed results. But this morning I thought of an alternative path.

Each time I feel overwhelmed by sadness, I’m going to fight back with gratitude. It will be a fight for sure, but I am well armed with hundreds and thousands of good and fun and happy memories.

Like the time she went shopping for a traditional Swiss long cotton granny gown and came home instead with a pair of zebra-stripped jammies with hot pink trim. 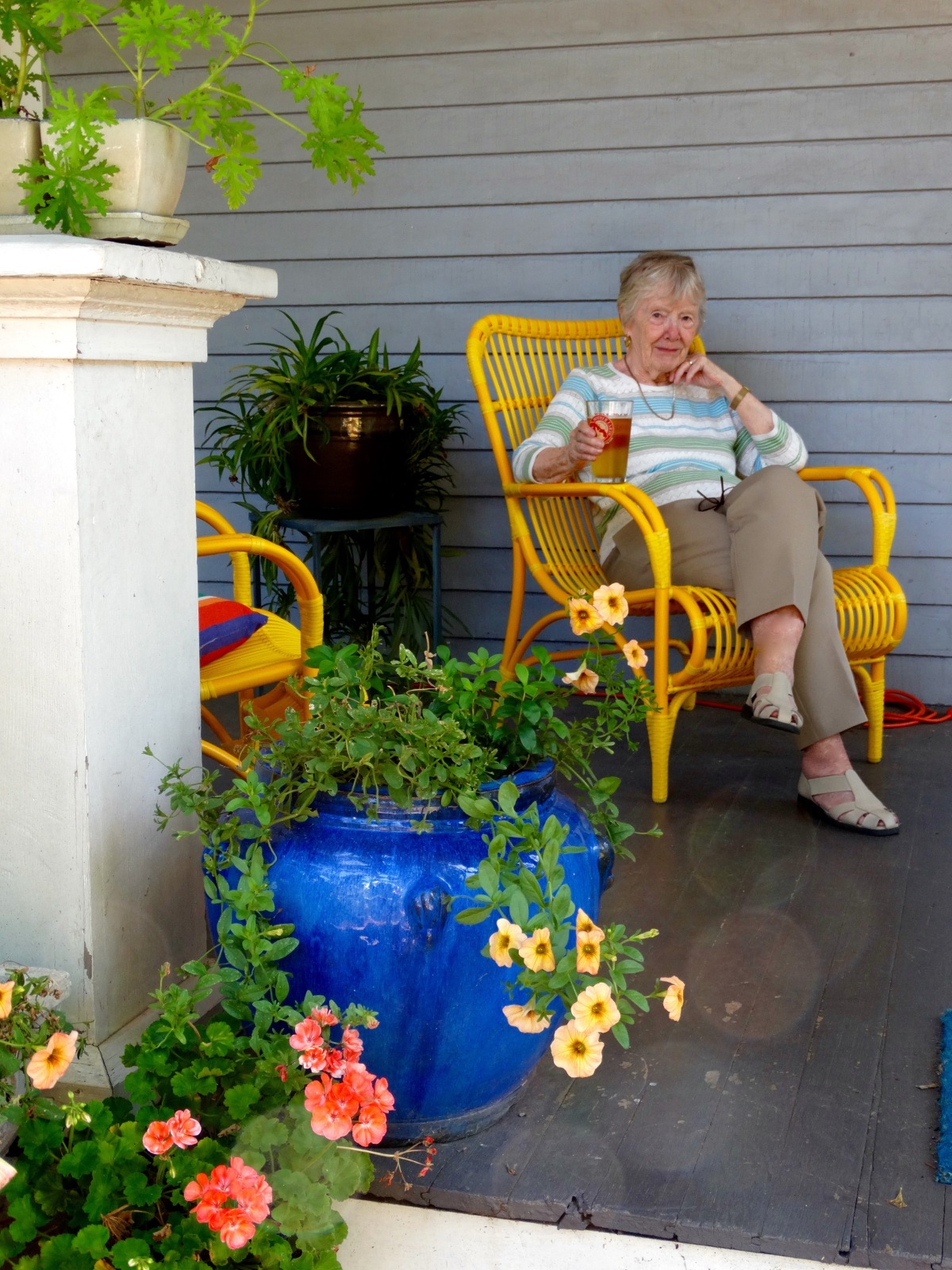 I’ve noticed that people tend to lower their voices around my mother whenever they mention the word, Hospice – even the regular medical staff at her nursing facility. It’s as if they don’t want to hurt her feelings by admitting they know she’s going to die.

By contrast, my mother’s one-word reaction when I told her was, “Wonderful!” She’s nearly 96 years old and keenly aware that she’s failing rapidly. She’s ready.

We’ve been through the Hospice routine before – with my sister – and I can’t imagine going through the journey of last days without them by our side. Partnering with these good people is like having a circle of the most caring friends possible when you most need it. Who wouldn’t want that?

Bringing Hospice onto your team has many benefits, including the possibilities for small end-of-life parties and celebrations.

Many years ago, when my sister was living in a Hospice facility in Sarasota, the stress and anxiety of never knowing what to expect as cancer continued to ravage her was getting to me. I broke down in the parking lot during one visit and had to be coaxed inside by a friend. I mopped up my face as best I could as we walked through the front door, and was surprised to hear laughter coming from one of the rooms.

How unusual, I thought.

I was even more surprised when I opened the door to my sister’s room and found a small party going on inside.

Everyone, it seems, had asked her what they could bring her. She told them she wanted a bottle of Jack Daniels, as they didn’t have any in the kitchen there. She may not have realized she gave the same request to so many people, for here everyone was, gathered around her bedside where she was holding court with sparkling eyes, a glass of whiskey in her hand.

Everyone had brought her a bottle of Jack Daniels.

My mother has her own libation of choice – Carlsberg Danish beer. 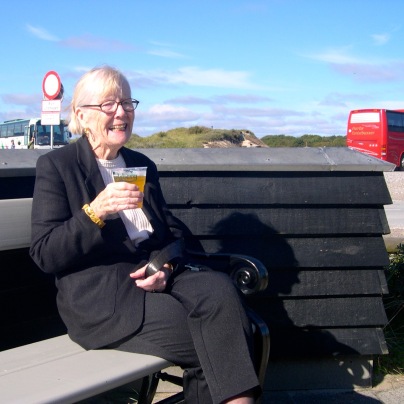 – as you can see from just a few of the photos I took of her during our 1600 kilometer travel adventure around Denmark ten years ago.

Yesterday, thanks to permission from Hospice, she had her first beer in six weeks. Her face lit up when it reached her lips. She was so happy she also managed to eat a few bites of pizza and tiramisu. Her smiles of delight created a ripple effect on everyone who came into the room.

And so now – just like her Danish mother before her –

bottles of Carlsberg are being kept in the fridge, just for her.

(The bottle of Prosecco is mine.)