One morning, a few months after we moved into the Ashevillage (back when we lived in the house we lived in before moving into Casa Mia), I was standing at the kitchen sink, washing dishes and staring out the window…

when I saw a car pull into the top of my long driveway.

That wasn’t unusual and so I waited to see if it would drive on down to the house or just turn around – as cars pulling into my driveway often did.

Instead, I watched as the car door opened and someone got out.  Then whoever that person was walked around to the trunk of the car and pulled out a shovel.

That’s a bit odd, I thought, continuing to soap the dishes and stare out the window.

The stranger closed the trunk and then, shovel in hand, walked down the road along the top of my garden.

About half way down the the property line, there looms a rather large metal power pole.  It’s not very attractive, but the forsythia has always been so voracious on the hillside 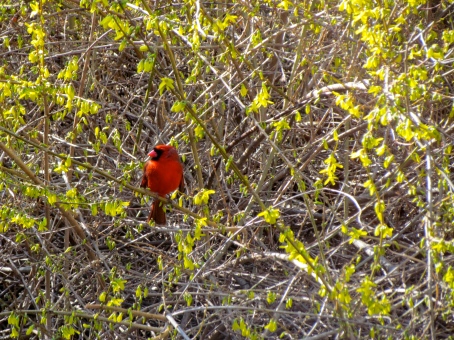 I figured at some point it would win the battle for control of the landscape and cover up the tower.

The person (I still couldn’t tell if it was a male or female) stopped at the large metal power pole, looked around, and then started digging around the base of it.  In my garden.

Eyes still glued to the scene unfolding on the hillside, I dried my hands.

My rational self quickly tried to take control of the situation – perhaps it was someone from the city utilities department?  But the not-so-rational voice inside my head didn’t for one moment believe it.  Weird stuff was going on up there, for sure.

The stranger continued digging away feverishly around the base of the power tower.  The dirt flew for a few more moments and then stopped.

The stranger knelt down, pulled something from the pocket of his or her coat, and put it in the ground.

What the heck?!  I wondered.

(Actually, my thought cloud contained a different word, but for the sake of the general readership, I won’t use it here.)

A moment later, the shovel was back at work, covering up the evidence.

Fascinated, I continued to watch. 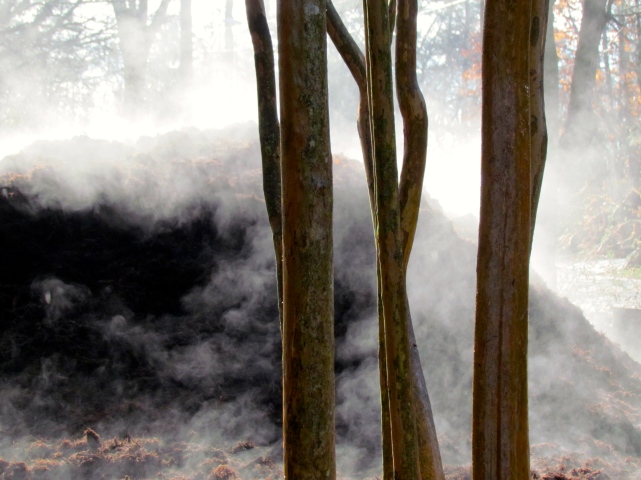 A few moments later,  the stranger got up, swept off the dirt from his or her coat, and walked back to the car at the top of my driveway and got in.  The car reversed out of the driveway and drove away.

well, this is Appalachia and many people in these mountains have guns and I’d heard that on occasion they do actually use them.

And a homeowner interfering with the burying of evidence in her garden just might be such an occasion, I thought….

So in the end, I did nothing until after the stranger had vanished. 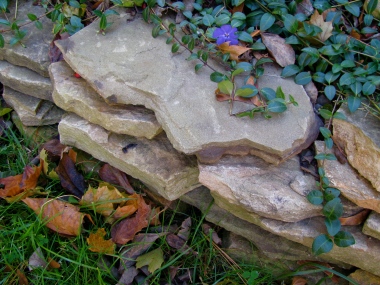 Then I climbed up the hill to check out the area around the base of the tower, but apart from some disturbed dirt, nothing else seemed amiss.

It was Laurel, the lovely woman from whom I’d bought the house.  She had purchased it to renovate and re-sell, but had not actually lived in it herself.

We chatted for awhile and then I mentioned the stranger with the shovel.

Oh, that was me!  she laughed.

That was you?  I asked, incredulous.  What on earth were you doing?

Burying crystals, she explained.  It was something I meant to do before you moved in to the house, to protect you. 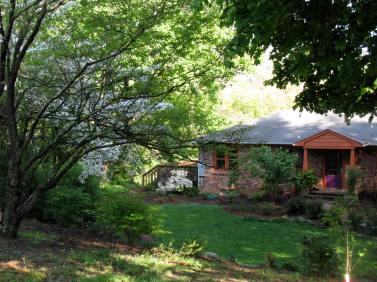 Concerned about potential negative energies emanating from the large metal power pole, Laurel had handcrafted pieces of orgonite – a mixture of catalyzed fiberglass resin with metal shavings, particles and powders – and buried them around the base.

After a little research, I had a better understanding of her gift.  Orgonite is believed to have positive energy and helps create an electromagnetic-free zone.  Crystals buried pointing away from your own home are thought to help deflect negative energy or transform it into positive energy.

What an incredibly wonderful introduction to life in the Ashevillage.

Ten years later, I am sure it is still there, buried somewhere under all that forsythia and sending out good vibes to the new inhabitants of the house on the hillside.